The root of India’s crisis today is that we have lost the idea of getting something done zealously right. 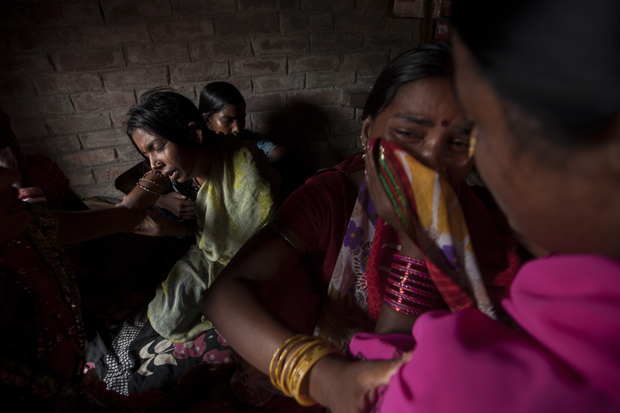 Earlier this year, speaking at a New York conference hosted by Newsweek, a Ugandan chess coach had a moving story to tell about his protégé, Phiona Mutesi. Mutesi, 17, is one of Uganda’s most accomplished chess players and now flies around the world for competitions, a self-confident young woman. She started life though, literally, in a ditch, in one of Uganda’s most despairing slums. One day, her coach recalled, the door to his chess class had creaked open, and something that looked like a tiny mass of mud had stood there, staring in. Mutesi had heard the coach served bowls of cereal to his students. She had come to enrol for an alien game of chess, so she could have a go at the food. She had never seen a horse and knights could have no meaning. But slowly, that primeval hunger made way for learning.

The possibility of a million Mutesis: that was meant to be the sublime power of the mid-day meal scheme in India. To create the incentive of food for the hungry: one square meal, with school as the corollary.

The indescribable cruelty of the poisoned mid-day meals that claimed 23 children in Chhapra is that it inverted all of that. It snuffed out not just life but also hope. It snuffed out possibility. It broke the magnet. For those of us who have never felt the gnawing, driving, overpowering force of hunger, the full import of this tragedy can never really sink in. We can speak of it, write of it, but we can never understand what that food meant in the lives of those who were killed by it. And those it left grieving behind.

Since the tragedy, many dark facts have found spotlight: that the cooking oil had been stored in canisters used for pesticide; that a single teacher was manning a school for 80 kids that day; that schools routinely serve unhygienic food, have no toilets, no safe drinking water, no school management committees, no parent oversight. That, in the last financial year, Bihar returned nearly Rs 500 crore sanctioned by the Centre for construction of kitchen-sheds and storage facilities; that it uses only 43 percent of its grain set aside for the mid-day meals; that the primary health centre had no life-saving medicines or doctors; that there are never any surprise inspections by the government; that even private players or NGOs entrusted with jobs do not execute them with integrity; that Gandaman was a village of agricultural labour and migrant construction workers. The embodiment of life without a voice.

Telescope outwards and more facts we know hurtle in: everything bad in Bihar happens elsewhere in the country too. One out of every two children in India is malnourished; mothers routinely have low body mass and anaemia; millions of kilos of grain rot every year or are eaten by rats; money flows wastefully like a giant drainpipe burst. In a line, we cannot get it right. The status of the mid-day meal scheme in India is a synopsis for the country: nothing can be trusted to work anymore.

None of this, however, will change if we indulge ourselves only with detached conversations about the ‘big picture’ and ‘broken systems’. If we do that, we will only get more chief ministers like Nitish Kumar who has taken nine days to speak about the colossal tragedy in his state and failed to go to the village of parents crazed with grief because he has a hurt toe. We will also have more demands for the arrests of lowly headmistresses when what we really need is a complete overhaul.

So the time has come, perhaps, to abandon the big picture for a while and zoom in instead. We need to feel the intimate horror of what happened in Chhapra; we need to remind ourselves what food means; we need to recoil. We need to retrieve our sense of value.

The root of India’s crisis today is not just bad leadership; it is the lost idea of getting something done zealously right, at every rung of citizenship. Corruption can never be completely combated in any society. Greed too will prevail. But India’s real crisis today is that, currently, no one seems to even have a line anymore. So far we will go and no further. We will not mix poison in our children’s food; we will not adulterate medicine. We, the people of India, will get a basic job done.